I developed described method because available tools does not provide informations about memory allocation behaviour in
running program and i used it to solve memory leaks in real application during 2012-11 and 2012-12.

Clarification of application with algorithm type of memory leak

There are two general methods how application can release all its allocated memory on application exit:

Even with sophisticated memory management functions, application can make memory leaks in its algorithm.
Here is example of such application, titled "App". If architecture of application and its components is good or bad is not discussed in this document. 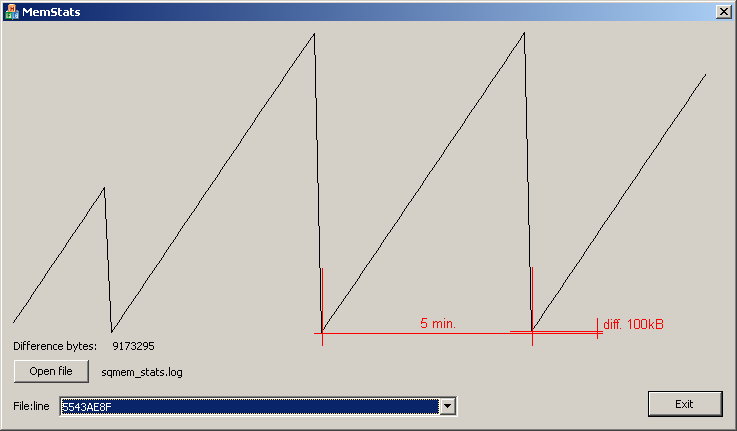 Points (4) and (5) are maybe unlikely to occur, but if tracking application satisfies requirements, it can only be more usefull.